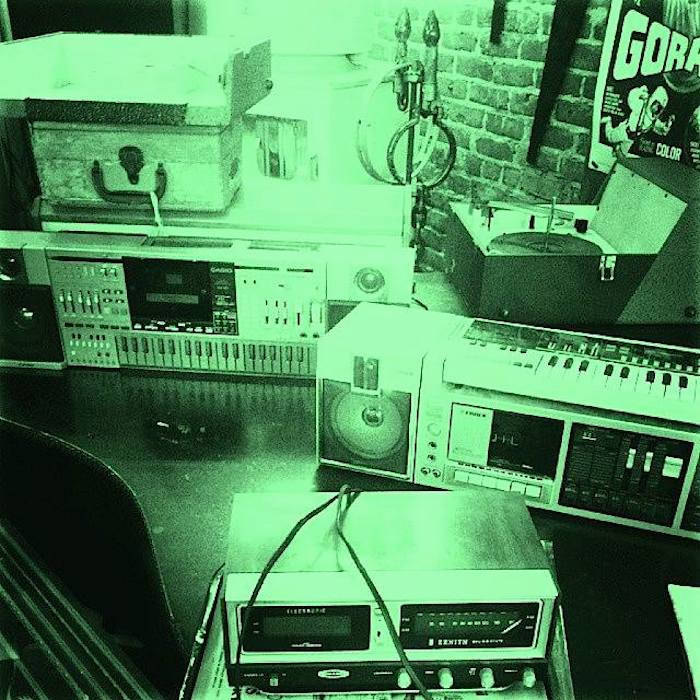 Yellowjacket Words cannot describe how dope this release is. Straight grit throughout and slaps you in the face with the hardest breaks and the grimiest loops! Worth every penny Favorite track: The Muthafuckin Jam/Smashed & Twisted.

Rondell Adams aka FreezRock, then known as Freezman born and raised in G.I. (Gary, Indiana). By no means is a stranger to Chicago, You could find him often grinding heavy within the Chicago scene as well, rocking both(but not limited to) house and hiphop related events.

I met em in College, We both went to The Illinois Institute of Art, It is an honor to present his first release, which just so happens to be from some of his early stages in production. Freez hit me up, with a batch he created btwn 94-97 and it all hit me full circle, because when we were in college, I did the same with him! He was one of the first I ever traded beat cds with. Other than close friends, he was one of the first to hear my sound. This was probably in 2002. So now he hits me twelve years later with his own and straight off cassette! woooooooo!!!


FreezRock in his own words:

"It's a snapshot of the 90's, a look back into my formative years of beatmaking. I didnt have an MPC so i made it work wit what i had at the time"

Etc Records in association with Freez's own label Steeltown Inc(stay tuned for what they have in store), presents "Attic Tape Bangers Vol 1"

For those open minded to lofi, gritty, dirty, dusty, heavy bass boombap era beats, this is for you. They are straight off cassette. I arranged, sequenced and amplified them to the best of my ability. Enjoy!!!

All Tracks Produced, Mixed, Recorded to tape, then digitized By Rondell Adams aka Freezrock btwn 94-97 and 2014.

Ron Adams aka DJ FreezRock is a DJ and producer known for his explosive performances spinning music from all genres.
FreezRock heads Steeltown Records, a revival of an independent label based out of Gary, Indiana that was created by his father Gordon Keith and was the first label to record the Jackson 5. ... more

Bandcamp Daily  your guide to the world of Bandcamp